What Flowers Teach Us About Brand Positioning

While we are all cooped up indoors now, many are turning to the age-old relief and comfort that nature has always brought us–either by taking walks outside to the nearest park, or by bringing nature indoors with us in the form of potted plants.

As we refocus on these simpler things, it is also worth remembering that they have much to teach us. Mother Nature is after all, deeply creative, and the highly competitive environment of survival in nature has many lessons in store for us. 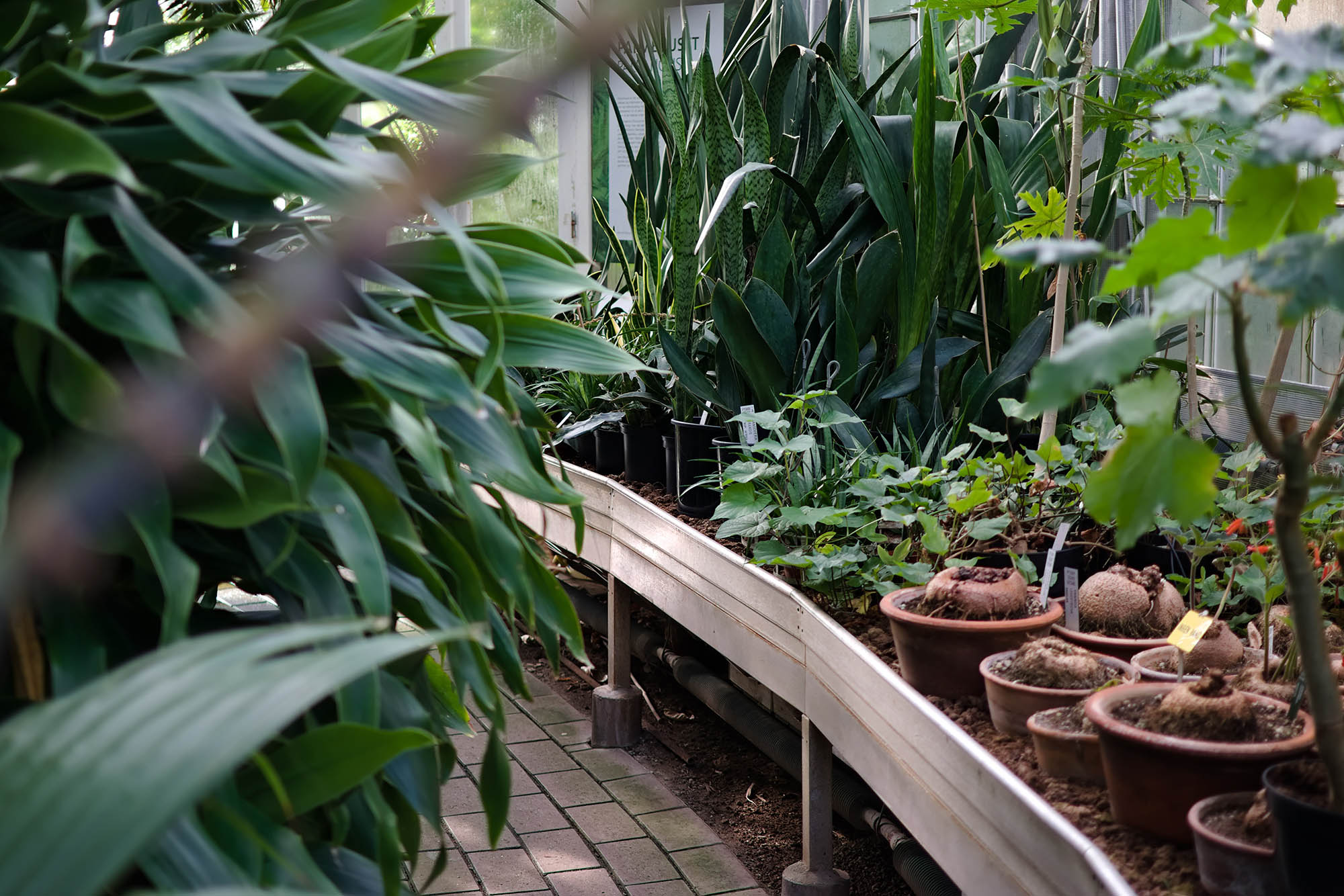 In particular, the wide varieties of plants we see on our walks don’t simply choose to look different for the sake of appearance alone. Each shape and growth–whether a plant creeps along the ground, or grows en-masse as a field of wild grass or weeds–is the outcome of countless generations of refinement. The result you see is the form that has allowed the plant to survive best in its environment so that it can secure the reproduction of its species.

And nowhere else is this competitiveness seen as visibly as it is in the reproductive process of plants, also known as pollination, which involves transferring pollen from male parts of a flower to the receiving female parts.

Often showy, bright and colourful, the flowers of each plant often act as the “customer-facing” part of the plant—calling out to flies, bees, birds and other pollinators. There are many parallels between the different methods of pollination and the differentiation that successful brands must have in order to stand out from the crowd and thrive. 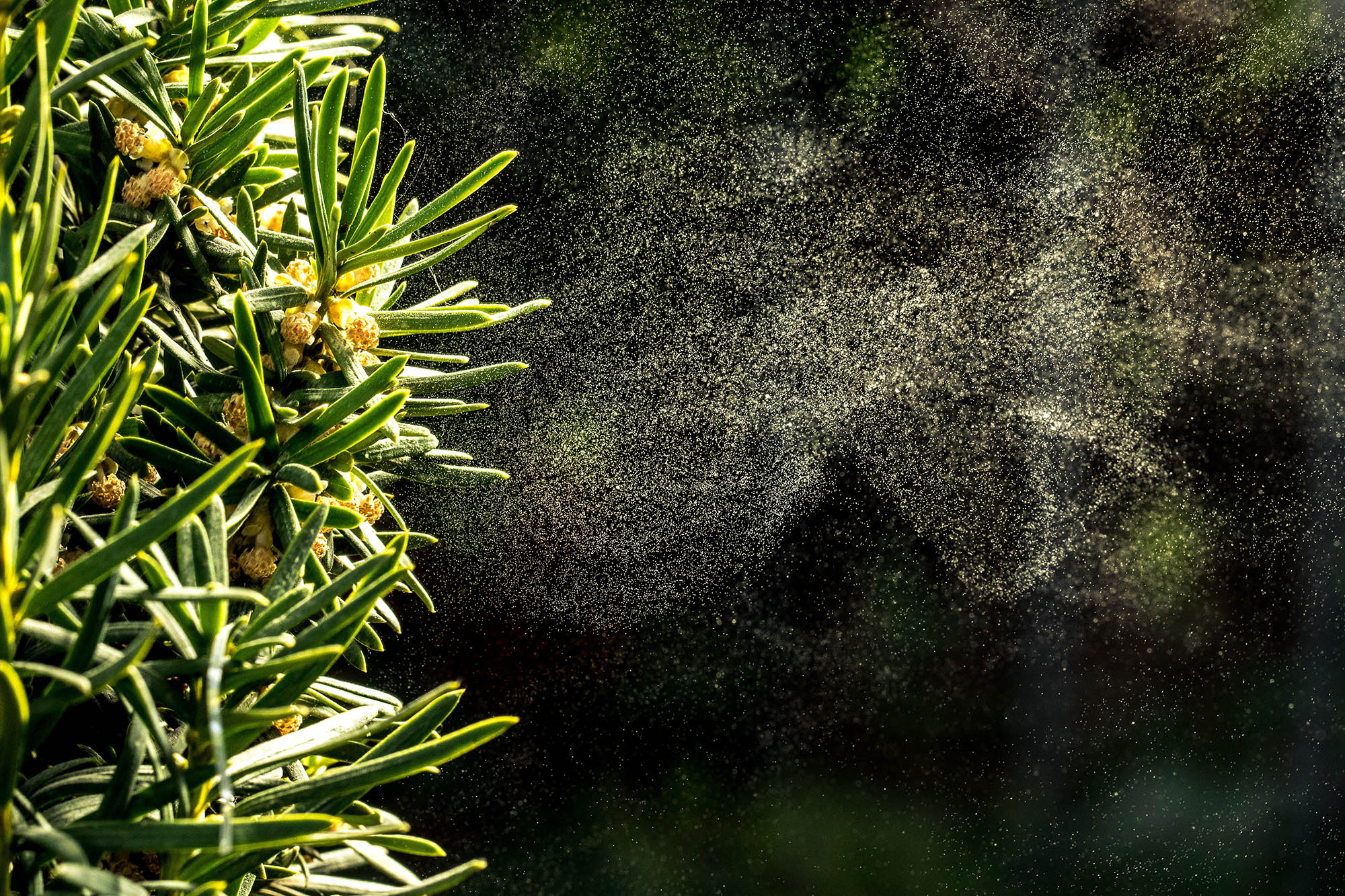 Take for example pollination by wind, which you will be very familiar with if you are one of the many unfortunates who suffer from seasonal allergies. Every year, millions of plants cast vast amounts of pollen into the wind. A large amount is needed, because this method of pollination relies on chance. The wind may pick up pollen from a grass flower and scatter it everywhere without reaching a single receiving female flower.

This is much like a brand that has no clear positioning, or one that is trying to appeal to too many different demographics. In the attempt to appeal to everyone, such brands are unable to effectively target a single segment of customers, and the result is that large amounts of resources can end up wasted. 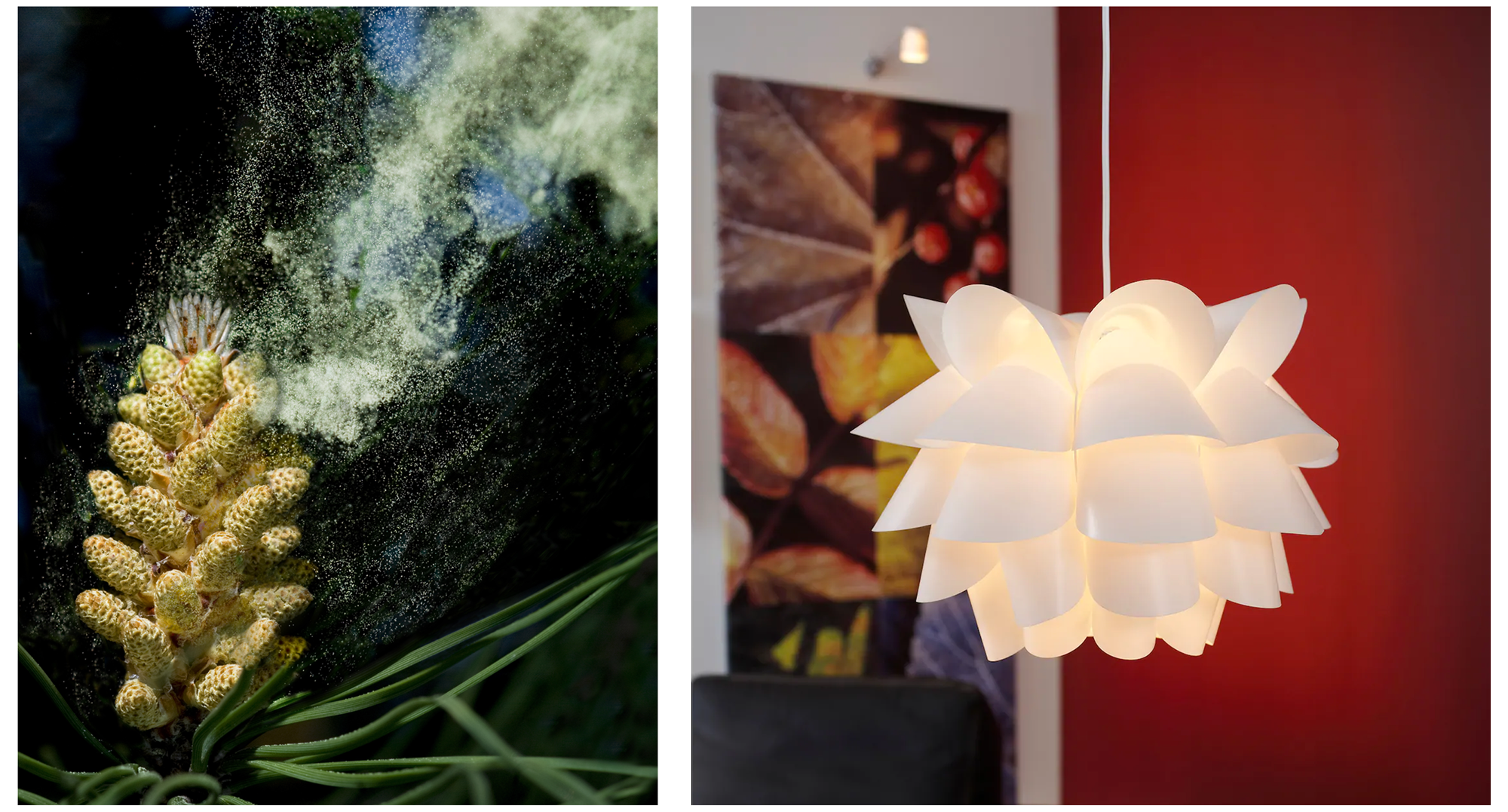 However, that is not to say that such a strategy can never work. There are brands who position themselves as those meant for everybody, such as MUJI or Ikea. Interestingly enough, the products of such brands often take on a “brandless” or generic appearance, which parallels the visually-neutral and often scentless flowers of wind-pollinating plants. Because they don’t rely on having attractive-looking or smelling flowers, wind-pollinated plants can reserve the energy that would otherwise be spent in doing so and put it into pollen-production instead, hence increasing the chance of successful pollination.

This is why some of the most wide-spread and often invasive weeds and grasses continue to use this method of pollination. The seeming disadvantage of being scattered about can also become the innate strength of this strategy; it results in a high amount of resilience if and when you can find a way to make it work well. Similarly, organisations that do manage to find a way to thrive while being all-appealing are often more resistant to fluctuations in the economy as they have a wide customer base to fall back on even if one particular segment is affected. 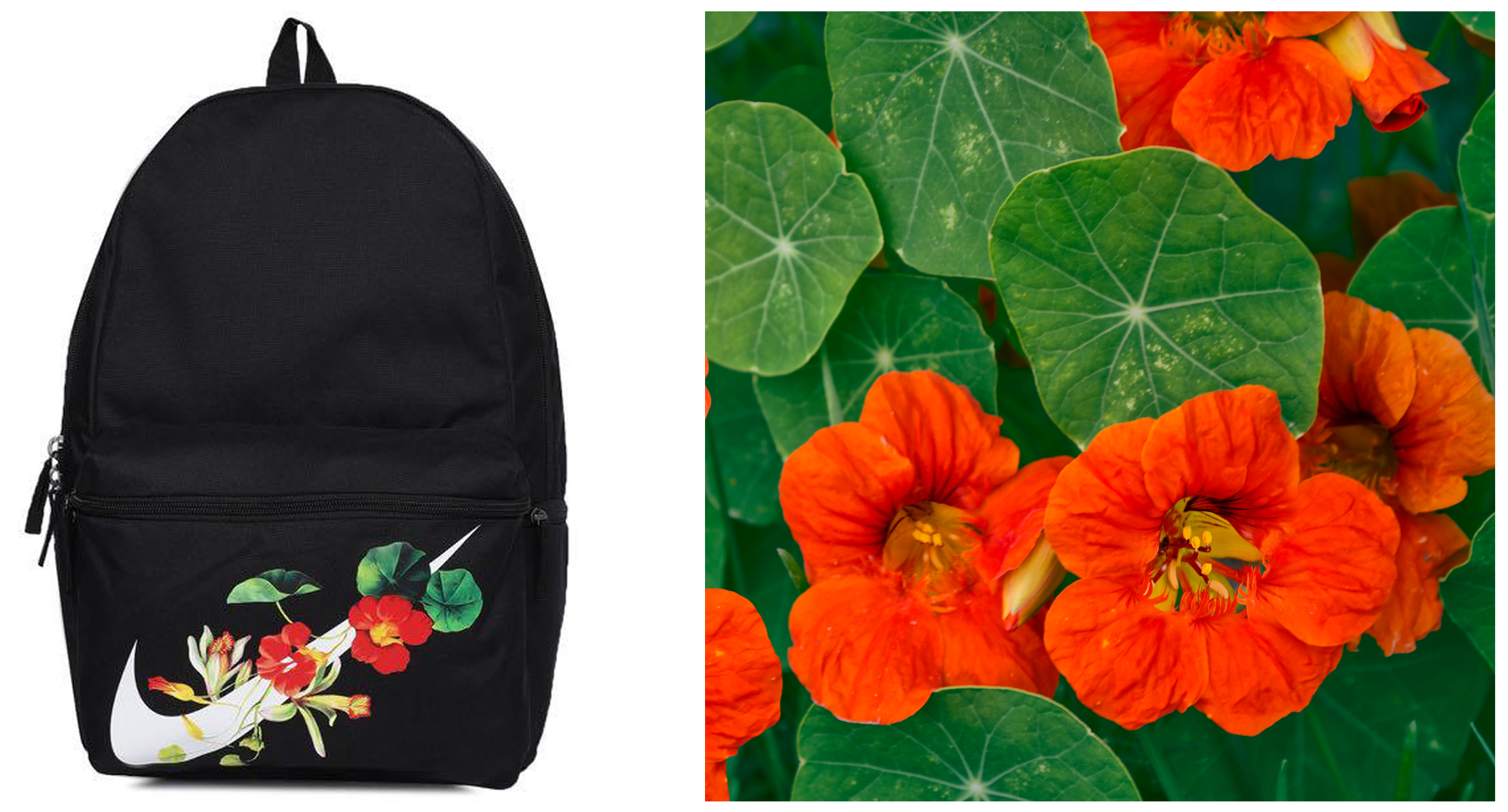 On the flip-side, we often encounter brands that position themselves in a more targeted fashion. Rolex for example, positions itself as a luxury brand for the wealthy, while a brand like Nike positions itself as one for gritty, empowered achievers. As consumers, we tend to be quite aware of the positioning of such successful brands because an immense amount of resources have been put into communicating that positioning to us via marketing.

In the world of nature, this kind of targeting marketing is something that is often observed in the bright flowers that most of us associate with pollination. We think of bees dipping into the plush, soft petals of a rose, fumbling about for moments before clumsily re-emerging and buzzing off to find another. This is known as animal pollination, or zoophily.

In order to do so, many animal pollinated plants will develop specialised forms that target specific animals. Some have ultraviolet marks that can be seen only by insects, while some are shaped to provide a landing platform that forces insects to collect pollen. Bat-pollinated flowers on the other hand only open at night, and are usually large, pale, and strong-smelling so they can be found easily.

Some flowers have even become so specialised that they can only interact with a single species of animal. This was most famously observed by Charles Darwin himself, who came across a species of orchid called Angraecum sesquipedale, which stores nectar at the end of such a long and narrow tube that only a moth with an extremely long tongue would be able to feed on it.

Of course, this is something of a gamble that such specialised plants make. In evolving side-by-side in a closed and symbiotic relationship with only one moth, Darwin’s orchid cuts out all other competition. Such competition is a huge issue for many flowering plants, because a bee that visits a rose, may for example, never visit another rose. It may simply fly off, or find nearby lilies more attractive. As a result, the immense amounts of energy spent by that rose plant to create colour, sugars, and scents may all go to waste. 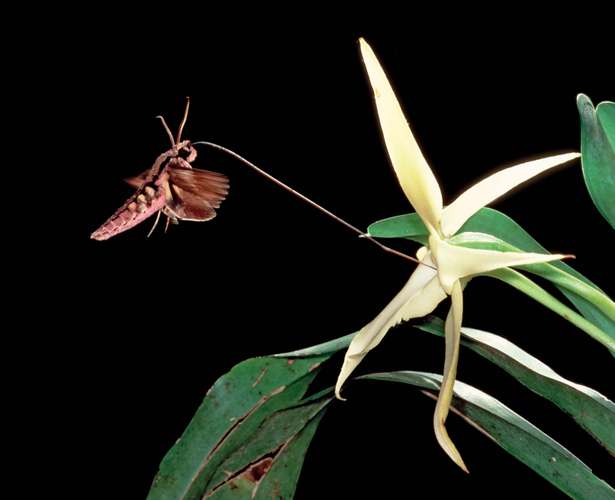 This situation is akin to a brand’s positioning not being defined enough to differentiate itself from close competitors in the same industry. Clients can simply hop from brand to brand, and it is their right to do so. Just like Darwin’s orchid, it is a viable strategy to target a niche consumer base. There are however, risks becoming too specialised as well. If something happens to that single moth, all orchids of that species are in big trouble. Similarly, a complete lack of competition in an area of the market is often a sign that the market is not big enough to be viable.

All in all, there is really no one-size-fits all answer to either of these processes. Brand positioning and pollination are affected by such a multitude of factors that it is difficult to guarantee that a single approach will succeed without changing and adapting. After all, the most important thing is to understand that plants work with what they have: the kind of plant they are, the pollination methods available, and the resources they can secure within their environment. Organisations function similarly, responding in real time to unpredictable shifts in the market. But the plants we see every day remind us that it is possible not only to survive, but to thrive. And they show us that the most important thing is to keep growing and adapting in direct response to the changes thrown our way.

Reach out today to see how we can help you adapt: